0
was successfully added to your cart.

By Design WellnessApril 14, 2021 No Comments

As practitioners working in the mental health and wellbeing space, I’m sure you constantly find yourselves caught in a very real social dilemma.

We’re often torn between the valid need to use social media for business purposes, and the concern about the negative effects social media can have on mental health – both our own and that of the very people we are trying to help.

Like with most tools, there are good ways and not-so-good ways to use social media. It has a dark side, but it also carries enormous potential for driving positive change. In this post, we will look more closely at the pitfalls and perks of social media, its effects on our lives and how we as practitioners can harness its power for the better.

The negative side of social media

We as a society have been hearing a great deal about the negative effects of social media for a long while; it’s (sadly) nothing new.

From young people struggling with body image and cyberbullying to our increasing fixation on ‘vanity metrics’ and ‘likes’, to the ever-more-sophisticated technology finding new ways to manipulate our behaviour, you don’t have to look far to see the problematic messages social media is sending out.

It sounds like doom and gloom, but it’s incredibly important for us to be aware of the negative effects social media can have on our minds. Only then will we be best equipped to make a positive difference.

What follows are just a few of the most eye-opening statistics surrounding social media and its effect on mental health. But first, a few stats to put everything into some perspective:

It’s not just the kids …

While social media may typically be considered as the domain of teenagers and young adults, this is far from the case when it comes to general usage.

A survey from 2019 found that around 86% of 18-29 year-olds have at least one social media account. That’s incredible when you think about it. Even more incredible is the fact that 80% of older adults aged 30-49 also use social media platforms, followed by 54% of 50-64 year-olds, and even a third of people aged 65 and over are reported to be using them.

Perhaps most shockingly, recent research also finds that 97% of teenagers between the ages of 13 and 17 have at least one social media account. And, while we all, without doubt, expected that figure to be high, it’s safe to say that most of us would not have expected it to be quite that high.

What this tells us is that the reach of social media is far more extensive than some might have previously thought. This, in turn, leaves a huge proportion of society’s most vulnerable members at risk, regardless of age group.

Now we know who uses social media, let’s look at some of the key stats and negative effects.

This, along with the fact that it also grew by 63% among young adults aged 18-25 between 2009 and 2017 indicates that something changed significantly over a 10-15 year period for the youngest members of society. And while it cannot be directly linked to social media alone, it just so happens that it was during this period when the newly-launched Facebook began expanding across universities (2005) and Apple launched the first modern smartphone in 2007.

This new level of social contact, and all the associated aspects that came with it – friend counts, picture uploads, ‘likes’, notifications and even more messages to name a few – will have connected people in ways like never before, but also created a brand new set of social pressures for young people in particular. When this is considered, it’s perhaps less surprising that rates of depression among these age groups jumped so significantly during this period.

Reported in a 2018 study by Pew Research, this tells us that a significant proportion of teenagers – the most vulnerable age group for social media users – are actively aware of the negative impact it can have on their own lives and that of their peers.

27% of the teens who reported social media having a negative influence gave cyberbullying and rumour-spreading as the main reason. A further 17% felt it was harming their real-life relationships, and 15% said it was giving them unrealistic views of other people’s lives – something that many people struggle with when it comes to evaluating their own lives in comparison. 14% of these teenagers also reported addictiveness and distraction as the main negative, a potentially harmful side effect that we now know is deliberately engineered by social media giants like Facebook (we’ll get to this a little later on).

This awful statistic was reported in Netflix’s eye-opening documentary, The Social Dilemma, which aired in 2020. Relating specifically to girls aged 10 – 19 years, this data highlights the very worst impact social media can have on young minds.

Once again, this 150% rise, along with a tripling of self-harming rates, has been most commonly attributed to cyberbullying, online harassment and a vicious cycle of young people desperately seeking approval through their social media accounts.

Body image in particular is likely to play a huge role in this statistic. We’ve all seen the comical ‘Expectation v.s. Reality’ posts circulating on Instagram and other social media platforms, but there is a truly dark side to this trend. Young people are constantly comparing themselves to unrealistic goals and expectations by the increasing exposure to aspirational posts from ‘influencers’ – posts that are often filtered and altered to look better than they are.

This leaves young people vulnerable to mental health problems such as depression and anxiety, especially when they realise they are unable to match this unrealistic expectation in their own lives, or they receive negative feedback from their peers.

Social media addiction is on the rise across all age groups

You may have noticed we have focused mostly on the younger age groups so far in our statistics, and for good reason. However, when it comes to social media addiction in general, we can see effects across all age groups. This is because, regardless of age, we as humans are all susceptible to addictive behaviours and influences in our lives, and social media creators such as Facebook are employing deliberate tactics to draw us back to their platforms multiple times a day.

According to a recent report from Global Web Index, the average internet user spends 2 hours and 22 minutes per day on social media. That figure has increased from 1 hour and 30 minutes in 2012 and includes everybody from the ages of 16 to 64.

Scientists and researchers have related this phenomenon partly to our brain’s natural craving for dopamine, commonly known as the ‘happy hormone’. We humans are social creatures, so when we receive positive feedback on our posts and photos, our brains release dopamine and we feel good. It isn’t altogether unsurprising, then, that we continually return to our phones and social media accounts in search of more.

Social media developers and engineers are playing on this most basic aspect of our psychology by creating content, interactions and algorithms that both satisfy our cravings and perpetuate the need for more. Former senior executives from Facebook revealed in Netflix’s The Social Dilemma, that a combination of clever algorithms and close analysis of our online movements has enabled our social media accounts to control the content that we see and ensure that we remain hooked.

All of this data and worrying information is enough to make us think the only solution is to throw our phones straight in the bin. But the fact is that social media is most likely here to stay, so what we need is to find a way to combat its negative effects and do our best to create something positive with it.

So, with that in mind, let’s get to the good stuff:

The good side of social media

There is one, we promise.

It’s easy to forget that social media was initially created for good reasons, the most basic of reasons – to help people connect and socialise. In this respect, social media has led to many positive things.

It keeps us close

Social media has enabled us to maintain a sense of relative closeness to family and friends across the entire world. It helps us keep in touch, share updates and even make entirely new connections that can often lead to genuine, meaningful relationships. Some people who have met on social media have gone on to get married – more people have found true companionship and comfort in virtual contact with others where previously they felt alone.

And, remember our statistics from earlier showing 25% of teenagers feeling social media had a negative impact on their lives? The very same study showed that 31% felt it had an outright positive effect, with 40% of those teenagers giving “connecting with friends and family” as the main reason for this.

On a wider, global level, we can see the positive impact of social media through the many campaigns and explosions of important debates we see every single week. Social media has helped raise awareness of highly important social topics in recent times, such as sexual assault through the #MeToo campaign and racism through Black Lives Matter. Through campaigns like this, we see social media contributing to and even driving important social change, opening people’s eyes to the world beyond their usual social media feeds.

It helps us support and educate each other

Social media has helped people stay connected, supported and even educated as we continue to navigate our way through the global COVID-19 pandemic. Without social media, the negative social impact of the pandemic, and particularly the social isolation it has enforced upon us, is likely to have been significantly higher. What’s more, social media has helped (and continues to help) organisations and governments communicate important messages and information quickly in emergencies such as the pandemic. This, in turn, has helped keep millions of people safer and better informed along the way.

It helps us find common ground with others

Finally, social media continues to help us build and discover common ground with others where previously we wouldn’t be able to. It opens up access to entire groups of like-minded people that we can connect with and learn from, and equally, it helps open our eyes to new ways of thinking that we may not have otherwise considered.

Tune in to part 2, coming soon!

Part 2 will lead us nicely into our list of key, actionable tips, which go into exceptional detail about how you can use your social media channels to make a positive impact!

Want to know a little more?

A new startup aimed at helping counsellors and therapists communicate better with their audience. We provide tools to allow wellness professionals connect and get noticed easier online. 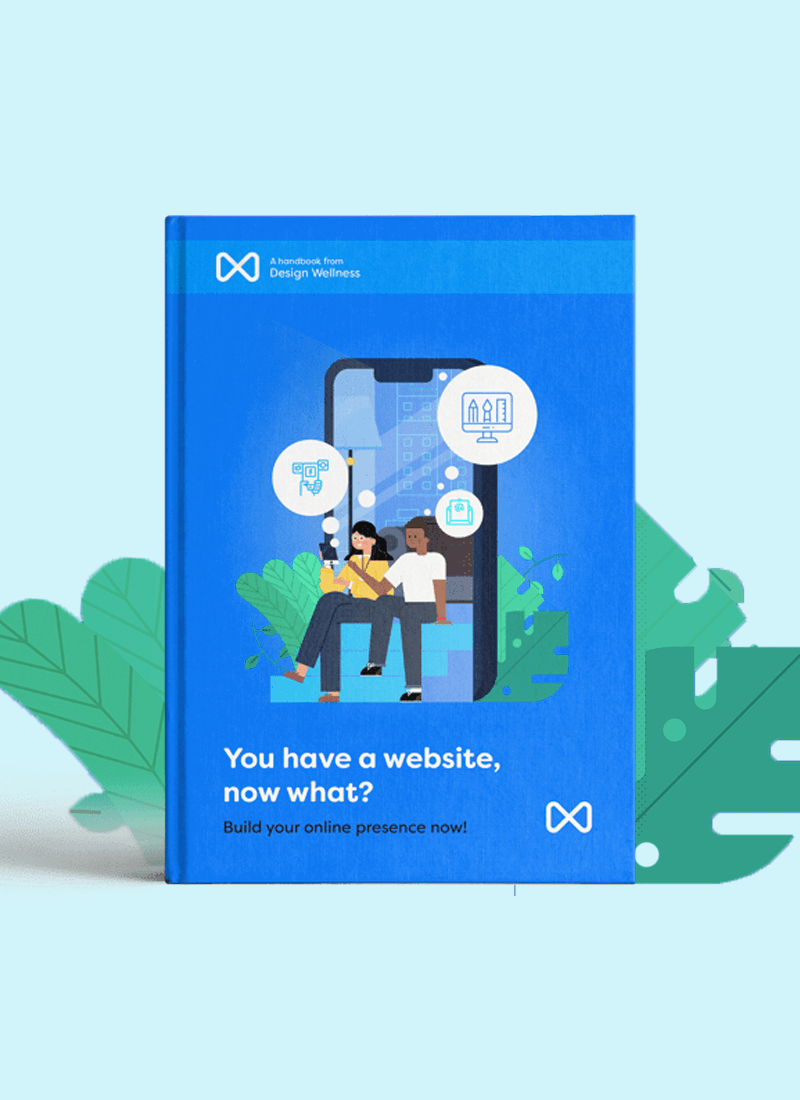 The free go-to guideGrow your therapy or counselling business online

Do you need more clients? This free 14 page guide will teach you the basics of marketing your therapy business which will help potential clients find you online.

Every month you’ll receive a newsletter to your inbox showcasing any interesting articles we produce, alongside helpful tips and guides.